Traditionally, cable TV was the most effective form of advertising in Australia, however viewers’ habits have changed when it comes to streaming content and ads. The 2021 stats shows that in Australia, YouTube is one of the fastest growing social media channels and is in top 5 website visits averaging  16 million unique monthly visitors with an average time spent of 40 minutes. Meanwhile, TV viewership in Australia is dropping by almost 10% every year.

According to an eMarketer study, 75% of businesses have found YouTube advertising more effective than traditional television while only 17% use TV ads.

We’ll demonstrate the reasons we believe that YouTube is a better medium for return on investment for your video ads.

Previously Australian companies saw television as a way to reach more viewers and YouTube as a way to engage with them. But over the years, that has changed. According to Genroe study YouTube Is the world’s biggest video sharing site with a reach of 2 Billion visitors watching 5 million videos per day. In Australia alone, in 2020, YouTube had over 16 million unique monthly visitors with more than 25 hours watching time. While in 2016, commercial television in Australia only reached  85.1% of the population aged over 13 years old (which was down from 93.1% in 2008). You might say “but what about the seniors? Are they on YouTube?” In 2020, 71% of Aussie internet users over the age of 65 reported watching YouTube, up from just 17% in 2017.

In 2021, the cost for running a 15 second ad during the highest primetime on TV was around $15,000. While on YouTube, the average cost per view is a dollar or less, depending on factors, such as your keywords and target audience. For instance, we ran a YouTube campaign for a pest business in Adelaide which the cost per view was only $0.05 with nearly 1 million unique reach. 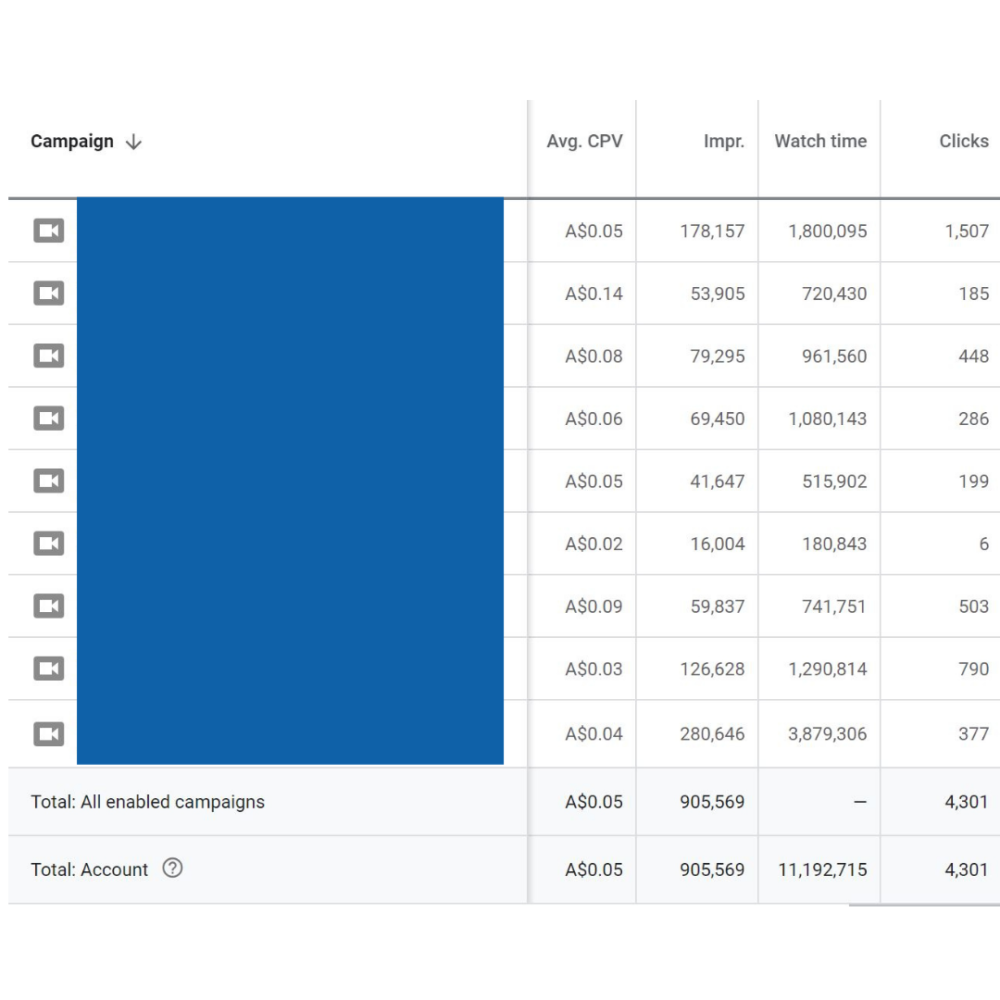 In Australia, television ads are based on reach and the frequency of the audience, but who are these audiences? What is the guarantee that a 8 year old is not watching a cooking show at a 12pm spot while sick at home?

YouTube, on the other hand, has the best target options available which will boost your conversions significantly. You can target users using demographics, locations and postcodes, groups and religion everyday interests, remarketing, favourite topics and discussions and keywords they search for.

You can see an example of a campaign targeting we used for our Adelaide based Physio on YouTube: 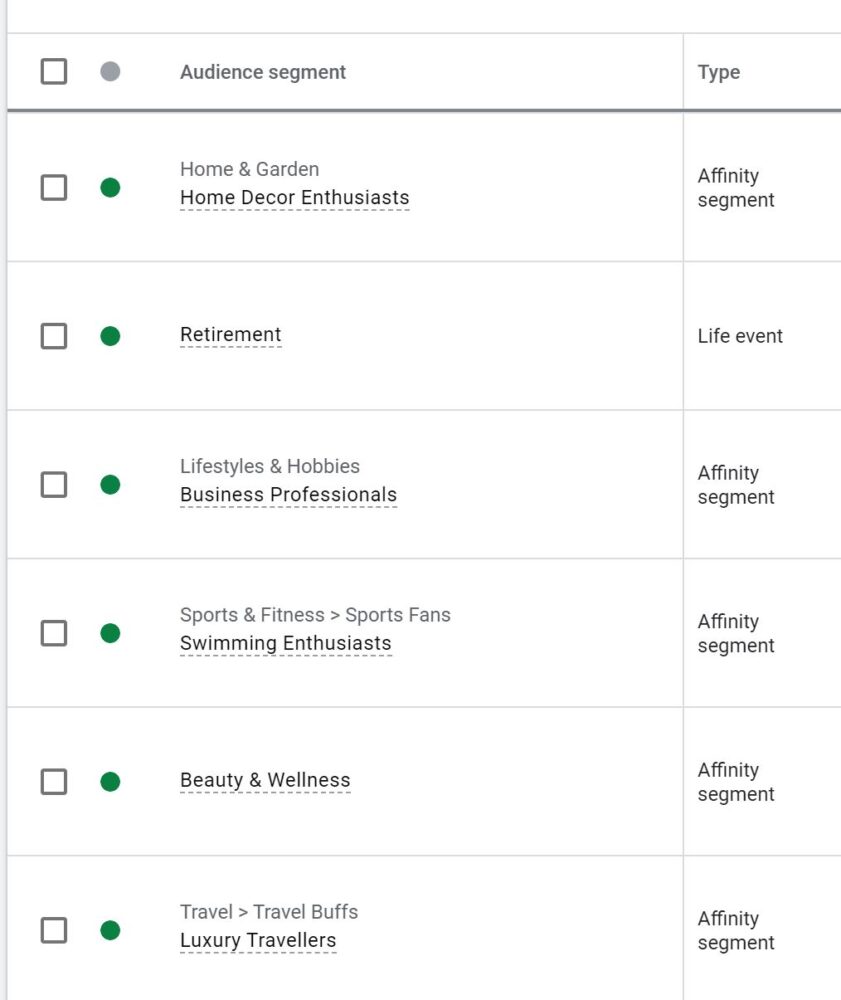 You can narrow down your audience into different segments to improve the results and lower your cost per view and engagement. YouTube has the ability to show how many seconds of a video has been watched, which you can use to target or exclude users with a certain view rate. Can TV do that?

These days TV is available on mobile and tablets and there is no way you can skip the ads. YouTube has dozens of placements and formats that can be used. Just to name a few, we have: Display Ads, Overlay Ads, Skippable Video Ads Non-skippable Ads, Bumper Ads and Sponsored Cards, and TrueView video discovery ads.

This is the biggest advantage of YouTube over TV. Marketers can easily evaluate and analyse the ad’s performance in real time and can make changes to the creatives instantly. But if your ad doesn’t work after a week on TV the only option you have is to pull it off the air and reports are not as frequent and detailed as you could have wished for. On YouTube, you can measure viewers, average cost, watch time, clicks and engagement and audience age, gender, location and so much more.

As time goes by, YouTube will continue to improve its advertising in order to be less imposing to viewers and be more targeted, informative and engaging. We listed the top reasons your business should be advertising on YouTube to make 2022 the best year for your video campaigns.

If you’re thinking of reaching the right target audience with minimum cost and effort, then contact us for a cup of coffee – we are here to help you grow fast! 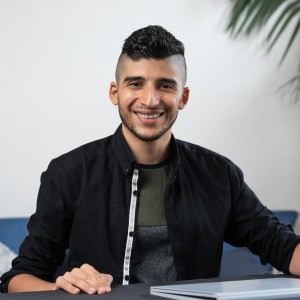 You may also enjoy these articles: 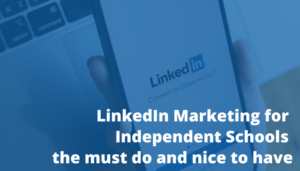 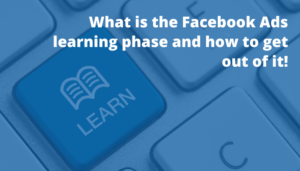 What is the Facebook Ads learning phase and how to get out of it! 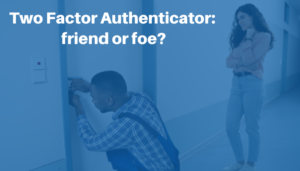 Is 2FA your friend or foe? 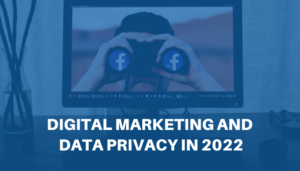 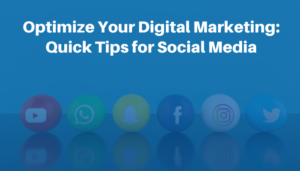